As China’s most celebrated artist representative of the generation born after the China’s economic reform, Cao Fei (born 1978 in Guangzhou, China, lives and works in Beijing) is highly prominent on the international scene with her works that project her personal and cultural relationship with contemporary China. Her wide-ranging practice includes photography, video, installations, performance, and digital media; and her interest in pop culture can be seen in contemporary elements incorporated in her work, including hip-hop, cosplay, virtual spaces and avatars, and augmented reality (AR). The 16th edition of MAM Screen presents two of her feature-length films: Haze and Fog (2013) during the first half of the period, and Nova (2019) during the second half.

Cao’s body of works - addressing the contradictions and chaos brought about by rapid urban development and globalization, the way that capitalist pop culture has permeated society, and moreover, the social change caused by the dramatic progress in technology such as virtual spaces and artificial intelligence (AI) - encourages us to think about the future of humanity and the workings of society.

Screening of the following works is scheduled for the MAM Screen 016:

* It is encouraged to make advance booking for a designated date/time slot and purchase the admission ticket on the booking website.
* The booking website here.
* Admissions without advance bookings will be allowed so far as the time slots have not filled up on the day of your visit.
* All prices include tax.
Inquiries
050-5541-8600 (Hello Dial, domestic)
+81-(0)47-316-2772 (Hello Dial, from overseas)

Photography is not permitted in the gallery of MAM Screen 016: Cao Fei exhibition. 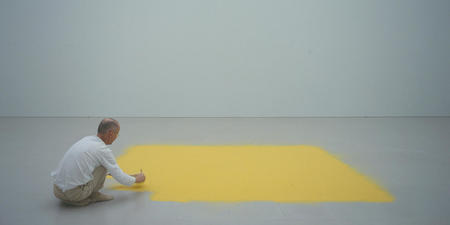