A "Charming Journey" Round the Works of N. S. Harsha #6

In the sixth edition of this blog, we comment on Leftovers, a work that takes as its subject matter a traditional South Indian repast, known as “meals.”

A traditional South Indian repast, where rice and several spicy dishes are arranged on a banana leaf, is called “meals.” Although such meals are typically taken while sitting in rows on the floor, there are also massive kitchens that provide meals to tens of thousands of followers, such as the one at the Hindu temple of Dharmasthala in Karnataka. While rice is the staple food in southern India, globalization and the influx of the biotechnology industry has led to a vigorous debate within the country over a genetically modified strain of rice called Bacillus thuringiensis (Bt) rice.

Leftovers is a work created for a solo exhibition in Japan (2008) that emerged out of N. S. Harsha's interest in handmade crafts, a field that continues to be marginalized by the history of industrialization and the advancing times in Japan. Working together with a company that produces plastic food sample displays, Harsha created meals that were intentionally made to resemble leftovers. Multiple readings are possible: are these half-eaten dishes, cultural remnants of leftovers, or footprints that have been left behind? The colorful foods on top of the banana leaves and the footprints painted on the mat also have a painterly quality to them. 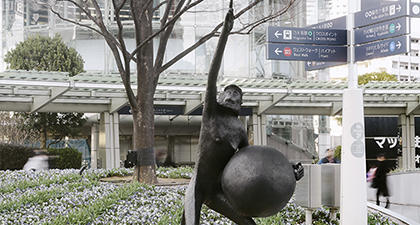 A “Charming Journey” Round the Works of N. S. Harsha #9 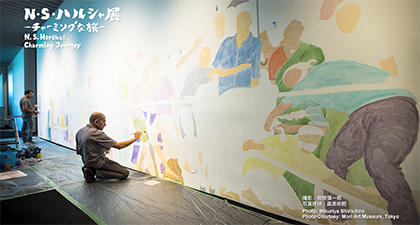 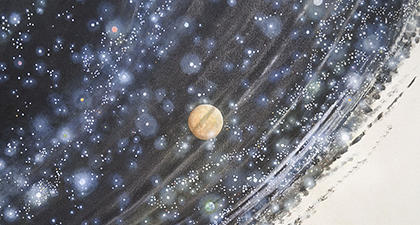 A "Charming Journey" Round the Works of N. S. Harsha #8 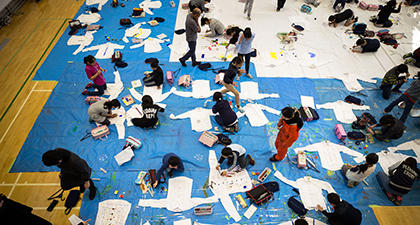 A "Charming Journey" Round the Works of N. S. Harsha #7