Celebrating Japan’s Most Radical Artist Collective in Their Largest Retrospective

Formed 2005 in Tokyo, artist collective Chim↑Pom from Smappa!Group (members are: Ushiro Ryuta, Hayashi Yasutaka, Ellie, Okada Masataka, Inaoka Motomu, and Mizuno Toshinori) has taken part in exhibitions across the globe, in addition to designing and implementing various projects of their own. In 2015 they opened the artist-run space “Garter” in Koenji, Tokyo. They also conceived the idea for Don’t Follow the Wind (March 11, 2015-), an international exhibition in the Fukushima exclusion zone that “no one can actually go see” until the ban on return is lifted, launched the project off the ground, and participated as artists. Also in 2015, Chim↑Pom from Smappa!Group won the Best Emerging Artist Award at the Prudential Eye Awards. Their solo exhibitions in recent years include: So see you again tomorrow, too? (The Kabuki-cho Shopping Center Promotion Union Building, Tokyo, 2016); Non-Burnable (Dallas Contemporary, TX, 2017); and Threat of Peace (Hiroshima!!!!!!) (Art in General, New York, 2019), while their group exhibitions include: 29th São Paulo Biennial (2010); Asian Art Biennial 2017 (National Taiwan Museum of Fine Arts, Taichung); Global(e) Resistance (Centre Pompidou, Paris, 2020), HERE AND NOW at Museum Ludwig: together for and against it (Cologne, 2021-2022) and more. 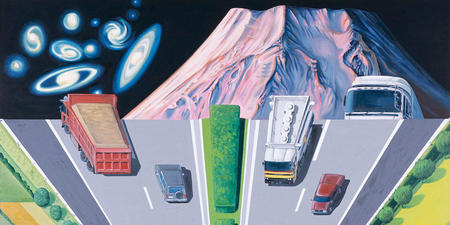 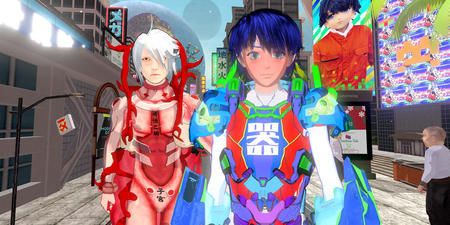 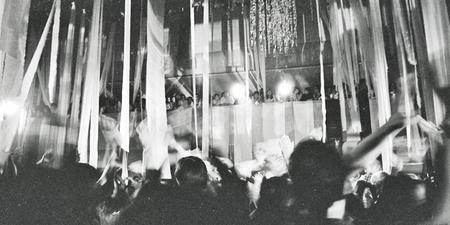