The Largeset and Most Comprehensive Exhibition Ever, Illuminating The Artist’s Entire Oeuvre

The Largest, Most Comprehensive Exhibition Ever of Shiota Chiharu’s Work

Actively presenting her work all across the globe, Shiota Chiharu has taken part in over 300 exhibitions at museums, galleries and international art shows, recently averaging around twenty a year in the process acquiring a significant international profile. In Japan, she first came to attention in 2001 with Memory of Skin at the inaugural Yokohama Triennale, and has since staged several solo exhibitions including Breath of the Spirit at the National Museum of Art, Osaka in 2008; Where Are We Going? at the MIMOCA Marugame Genichiro-Inokuma Museum of Contemporary Art (Kagawa) in 2012; and Letters of Thanks at the Museum of Art, Kochi in 2013. Among the most notable, nonetheless, is her representation of Japan at the 56th Venice Biennale in 2015 with her installation, The Key in the Hand.
This will be the largest-ever exhibition devoted entirely to Shiota’s career, from her early works of the 1990s and documentation of her performances, to major installations, and most recent offerings.

In a practice spanning twenty-five years, Shiota Chiharu’s output is typified most obviously by her immersive installations, in which an entire space is strung with thread, usually red or black. Spectators walking through these spaces strung with thread are made aware, experientially and visually, of the intangible: invisible connections, memories, unease, dreams, and silence. Regarding the color of the thread, Shiota has said that the black can be interpreted as the night sky or cosmos, and the red as blood, or alternatively, the “red thread of fate” that in East Asian belief binds people together.
This exhibition will feature large-scale immersive installations, combining objects such as boats and suitcases evocative of movement and travel, and a burned piano, suggesting silence.

“Presence in Absence,” New Work Pondering the Soul and the Meaning of Life

Taking as her theme “presence in absence,” Shiota Chiharu has consistently given shape to the auras and energies of things that possess no physical presence, existing only in memories and dreams. Shiota sees her own soma and her works as inseparable entities, and the fact that her body has not featured in her works - apart from a limited number of videos - since her early performances, is also perhaps designed to draw our attention to “presence in absence.”
However, when Shiota was informed the year before last that her cancer had returned and started mechanically embarking on the process of hospital treatment, she says she started to wonder about the location of the soul. Through it all, gripped by a sensation akin to her body fragmenting, she started to collect parts of broken dolls, and make bronze casts of her hands and feet once more. In her new installation for this exhibition, body fragments are connected together, positing questions of the soul and the meaning of life.

Shiota Chiharu majored in painting at Kyoto Seika University, but by the time of her exchange at Australian National University in 1993-94 was also already producing large drawings consisting entirely of parallel lines, going by the title One Line, and works in which thread was extended across spaces “like drawing a picture.” During the same period, prompted by a “dream of self inside a painting,” Shiota painted her body and used a sheet to conduct the Becoming Painting performance. Moving next to Germany to study, Shiota embarked on bodily performances in earnest, and has based herself in Berlin ever since, experimenting with numerous forms of expression.
The archive display at The Soul Trembles will trace the development and underlying consistency of Shiota’ s practice, from early drawings to documentation of her installations and performances.

Shiota Chiharu has been involved in stage design for numerous dance and opera productions since all A lone (directed by Kaseki Yuko) at the Ujazdowski Castle Centre for Contemporary Art (Warsaw, Poland) in 2003. In Germany, this includes Wagnerian operas Tristan und Isolde, (2014), Siegfried (2017) and Twilight of the Gods (2018) for Theater Kiel/Opernhaus. Projects in Japan include Tattoo (2009, New National Theatre, Tokyo) directed by Okada Toshiki; and the opera Matsukaze (Japan Premiere, 2018, New National Theatre, Tokyo), first staged in 2011 and directed by Sasha Waltz with music by Hosokawa Toshio.(*)
The Soul Trembles will employ means such as documentary footage and scale models to reproduce the ways in which Shiota’s spatial art been connected to and utilized in stage productions. 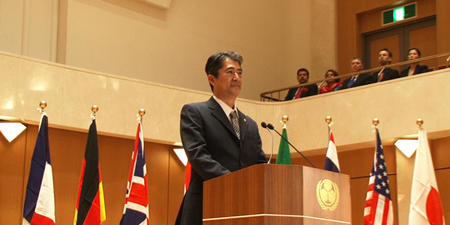 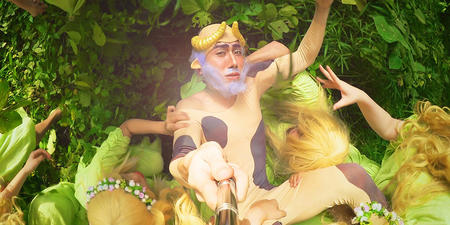 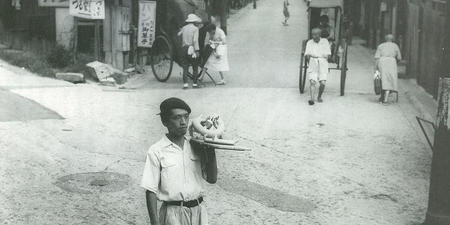